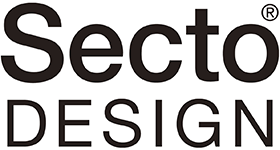 Nordic design, a natural material and timeless elegance are the characteristic features of Secto-Design's lights. The Finnish company manufactures hand-made, one-of-a-kind light fixtures and sells them, meanwhile in the whole world, since over two decades. The big success of the light series attests that the founder Tuula Jusélius and the chief designer Seppo Koho are right for choosing a concept of minimalist design paired with a natural material. It is how design wonders are created for lighting concepts in diverse rooms in private or public settings.

In 1995 there was a meeting that would lay the foundation for the company Secto Design. Tuula Jusélius met the designer Seppo Koho who would later gain a reputation as a famous Finnish designer and be awarded diverse design prizes. His very first Secto-Design light was named Secto 4200, a suspension with a conical shade. As a consequence of the huge demand, Secto 4200 was soon manufactured and offered in alternative sizes and shapes. It was the beginn of Secto Design's triumph. Soon followed light fixtures with melodious names like Octo, Owalo, Puncto, Victo, Kontro and Aspiro.

Besides its own workshops in Finland, the lights manufacturer also collaborates with locally based companies or companies located in other regions. Meanwhile, the Secto-Design lights were able to have success beyond the Finnish market. The company works with retail sellers in Europe and also offers its lights on other continents.

The recurring feature of all Secto-Design lights is the use of wood. The light shades of diverse models are exclusively made of this natural material which is a recognition factor. Instead of using conventional mass-produced wood, Secto opted for ecologically produced birch wood. The birch plywood panels are processed manually according to a complex process to obtain the iconic light shades.

The refined light play is a classical feature of the Secto lights. The warm light rays pass through the thin wood strips and produce a pleasant light. The filigree light shades are also an eye-catcher even when the light is not operated. In daylight birch wood exudes an impression of comfort and provides a natural atmosphere in the rooms. Despite their delicate shape, the light fixtures by Secto Design are very sturdy. They combine the advantage of a long life-span and a timeless elegance.