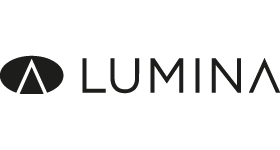 Lumina offers extraordinary design with minimalist shape to produce the desired lighting effect. This has been the definition of Lumina Italia since its foundation in 1975. Lumina stands for consistently reliable, technologically modern and high-quality light fixtures.

At the beginning of the 1970s, Tommaso Cimini was involved in developing transformers, which led him to his first light designs. He designed the minimalist table lamp Daphine, which has played such a decisive role in the history of Lumina Italia. After presenting his work at the Fiera Campionaria fair in Milan in 1974, Cimini founded Lumina Italia.

Cimini wanted to fulfill his vision of perfect light sources in terms of design, light intensity and reliability. Since then a simple shape and the use of first-quality durable materials have embodied the company's principles. Besides aesthetics, the long life span of the light fixtures is another Lumina priority. Environmental issues are also fundamental to the company.

From the beginning of the production process, Cimini and other famous and visionary designers, like Emanuele Ricci who created the Lumina Galileo, have influenced the Lumina designs. Because of the big demand for light fixtures by Lumina, the company had to increase its production capacity in 1987 and moved its headquarters to Alurno in the vicinity of Milan. A short time later, branches in Switzerland and Germany followed. However, the larger part of the demand could be met by the domestic production. Cimini's sons, Ettore and Andrea, who took over the family company haved managed the transition to modern technologies.

Fascination for minimalistic, simple shapes and a convincing function is shared by more than just the designers and developers at Lumina. The philosophy of the company has met great approval, which may explains the many international awards given to the Italian light manufacturer for its designs. Among them there are the Best of Category Award Lightfair International and the Design Plus Award.