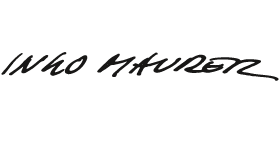 Ingo Maurer is a Munich, Germany based label for designer lights, lighting concepts and light installations that are characterized by innovative ideas, artistic standards and technical sophistication.

The designer Ingo Maurer founded his own company for design lighting in Munich in 1966, initially under the name „Design M“. His first luminaire design, the table lamp Bulb in the form of an oversized light bulb, achieved world fame and heralded an unprecedented career. Today, Ingo Maurer - as a brand and as a designer - stands for unique lighting design, characterized by an experimental style that deals with the topics of light and lighting creatively, emotionally and with a pinch of humor.

The lighting design of the brand does not follow a fixed style, but is versatile and keen to experiment. Each design implements its own ideas, uses different and new technologies, different materials or even everyday objects as a basis to achieve the desired effect, to create a special light and to evoke an emotional reaction in the viewer. The lights are therefore more than functional lighting, but always a work of art, a design statement that attracts attention.

The innovative lights have already received numerous design awards. Maurer himself received the Compasso d'Oro in 2011 and the Design Award of the Federal Republic of Germany in 2010, each for his life's work. From the foundation until his death in 2019, Ingo Maurer himself was the driving force behind the brand as a lighting designer and artist and still came up with new and fresh ideas even after more than 50 years. But other designers have also designed iconic lights for the brand, including Bernhard Dessecker and Axel Schmid, who has been part of the company since the late 1990s.

In addition to the magical designer lights, Ingo Maurer also takes care of lighting planning for public and private spaces all over the world. On site in Munich, Ingo Maurer's lighting design shapes public life: The company designed individual lighting concepts for the Westfriedhof, Münchner Freiheit and Marienplatz underground stations. Also in New York, Milan, Sao Paolo, Paris and in many other places Ingo Maurer has already inspired lighting installations, exhibitions and individual lighting concepts for hotels, private apartments and public spaces - each lighting with an individual character, carefully tailored to the respective surroundings.

All Collections by Ingo Maurer