We are fully operating. Important customer information about COVID-19 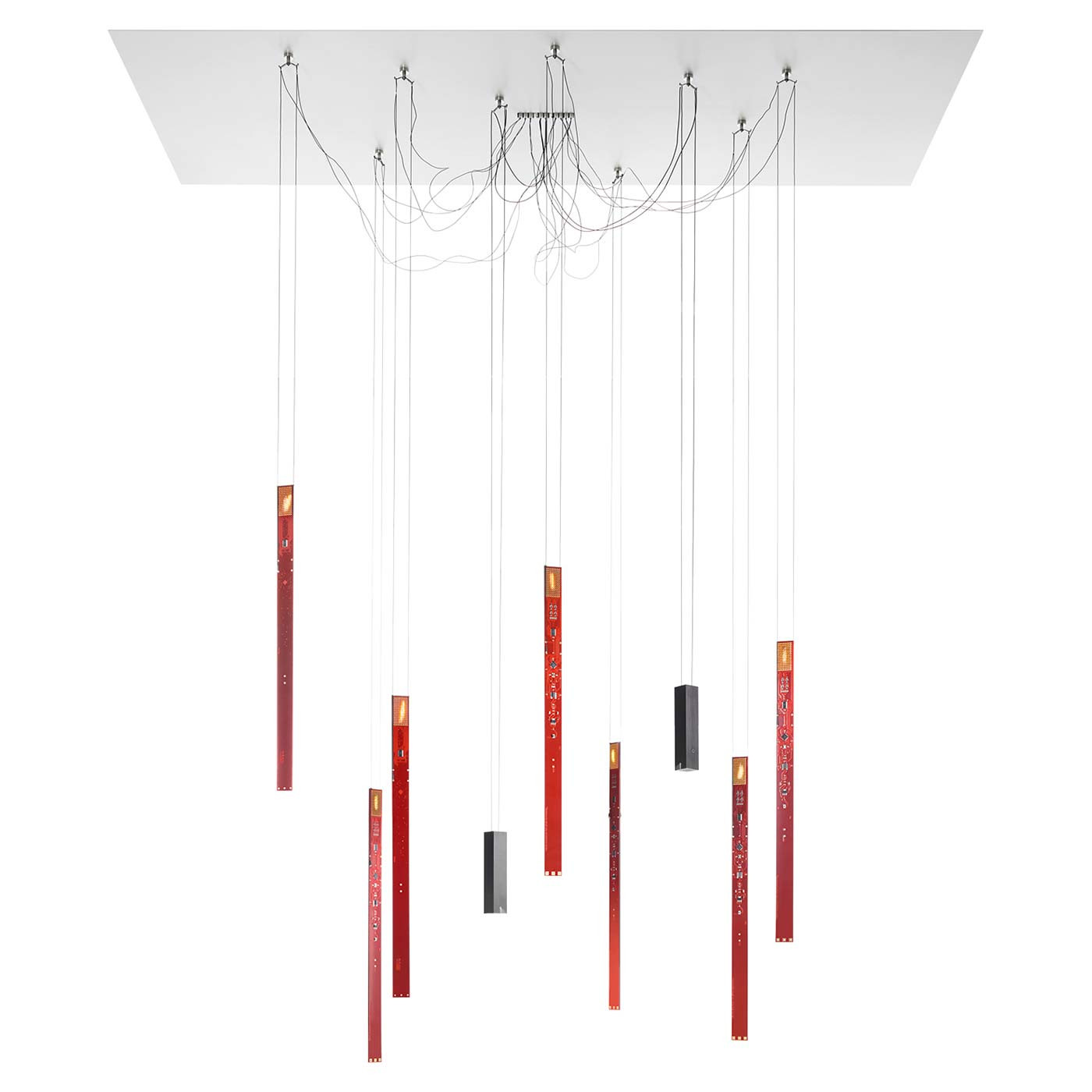 With the Flying Flames system, design legend Ingo Maurer added his very own humorous and innovative touch to the conventional chandelier. The system's particular appeal stems from its modular character - as such, the "Flying Flames" can be combined with up to ten oblong circuit board elements, the so-called Flying Flame elements, as well as with a maximum of 2 downlights (cylindrical metal elements); they can be suspended via a rectangular or square canopy.

Furthermore the Flying Flames chandelier system awaits with a very special feature, more specifically the Flying Flames element: said element is capable of simulating the flicker of a real candle with surprising accuracy, by way of two integrated LED displays in the upper top third part, with each display containing 128 diodes respectively.

The innovative combination of LED candles and downlights creates a very special light, combining both indirect and direct warm-white light. The downlight elements feature an integrated touch dimmer with memory function, while the Flying Flames elements can be dimmed by manipulating a small switch.

In view of its striking silhouette, the Flying Flames is certainly no wall flower and cuts a great figure especially in rooms with high ceilings and above the dining table.