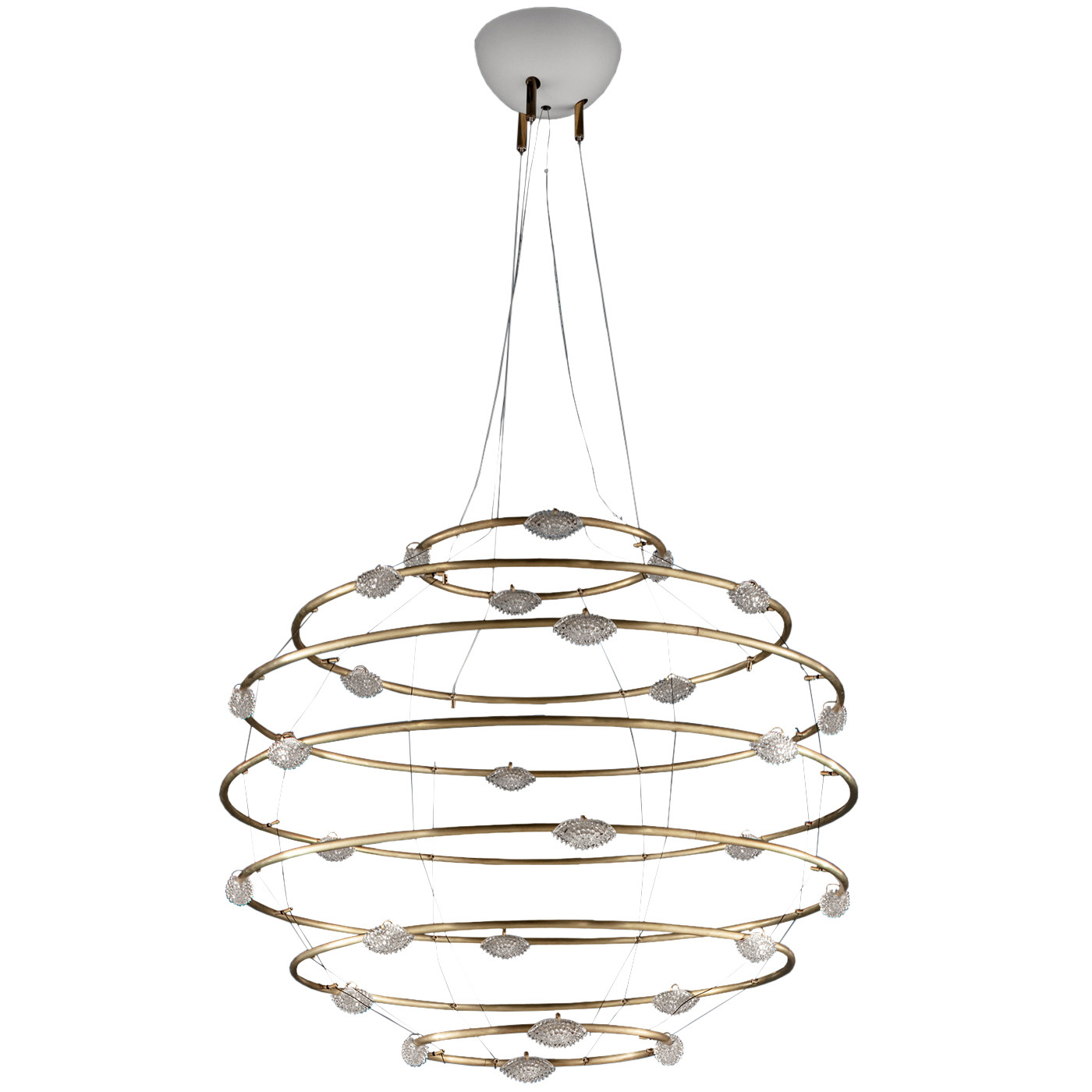 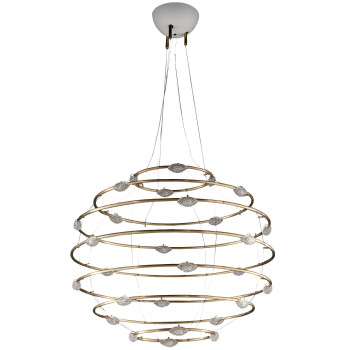 Petits Bijoux are sparkling LED chandeliers by Catellani & Smith, available as large 56 Petits Bijoux and as smaller, but no less impressive, 28 Petits Bijoux. The numbers refer to the number of LED light sources located on the metallic structure.

The suspensions are characterized by a very slender shape and provide a magical light thanks to the many small LED light sources. Beside the charming metallic structure, the unique diffusers are especially eye-catching and have the appearance of crystal-like shapes fitting the metallic rings.

The smaller light fixture is composed of seven, the larger one of ten metallic rings forming a large ball. They are connected to each other by thin, nearly invisible wires and, at first sight, seem to float freely in the room.

The warm white LEDs are distributed above the rings. Each light source is equipped with a small diffuser of transparent synthetics and with a small striking conical structure which breaks the light and let it sparkle. The diffusers are affixed with brass clamps and fit in the rings like naturally grown crystals.

The extraordinary combination of seemingly freely floating metallic ring and nearly organic, crystal-like diffuser turn Petits Bijoux into an eye-catcher with a magical aura. Despite its size and complexity, the light fixture appears charming and light, and enables the eyes to freely roam in the back of the room.

The white ceiling rose contains the driver. The light fixture is dimmable with TRIAC and equipped with warm white LEDs.