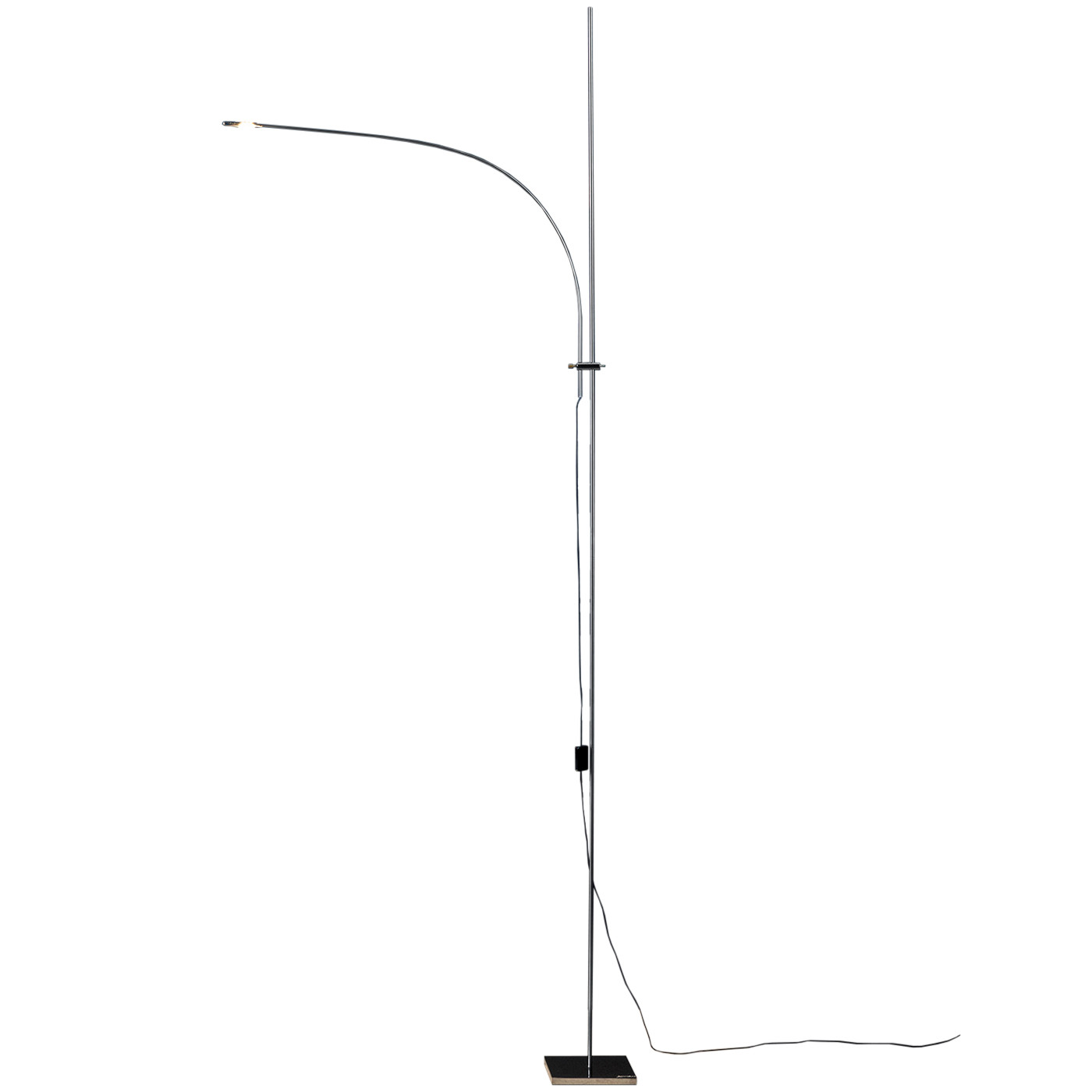 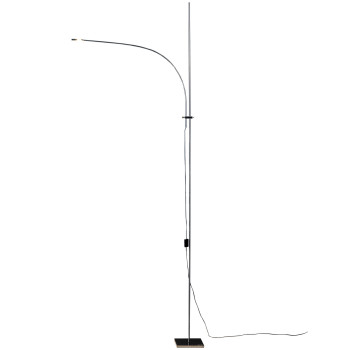 Wa Wa is an iconic design by Enzo Catellani and has a thin, nearly invisible shape which seems to vanish from the room.

The collection by Catellani & Smith comprises floor and table lamps with a variable number of light sources, and a wall lamp.

All lights consist of a vertical stem with small metallic arms sideways. The classical Wa Wa lights have three or five flexible arms in an alternate arrangement imitating the branches of a tree. The Uau version has a single longer arm, while the Light Stick table lamp further simplifies the design and has a stem and an arm connected with a flexible which merges both elements into one single unit.

Each arm is equipped with a small glass lens and a LED light source which cast the focussed light into one direction. The Light Stick and Uau models provide a direct, downwards directed illumination wich is, for example, suitable as a task and reading light on the desk. Wa Wa shines sideways, against the wall where it creates large, decorative luminous circles. They possess a mystical, unreal aura, also because the delicate light structure vanishes in the background.