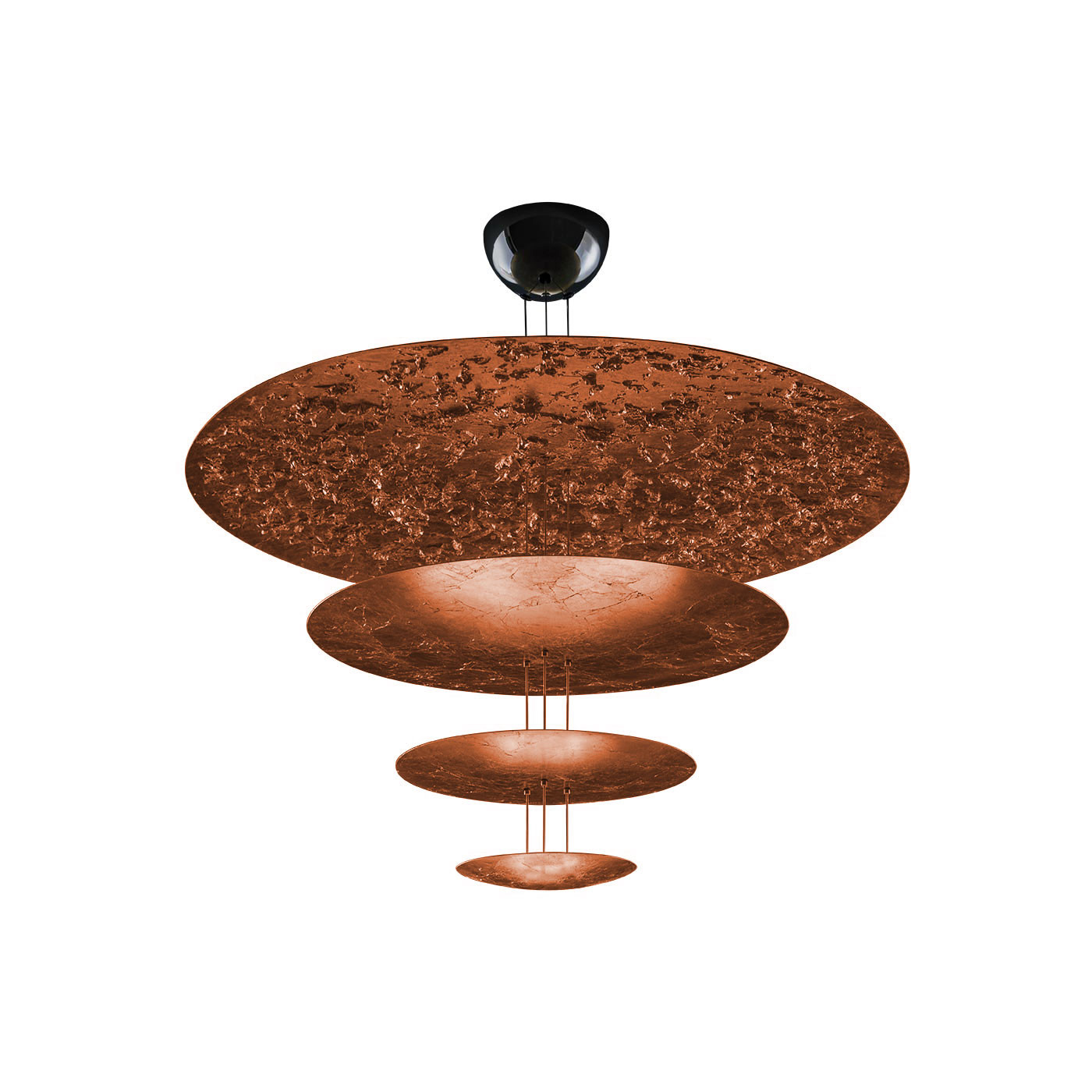 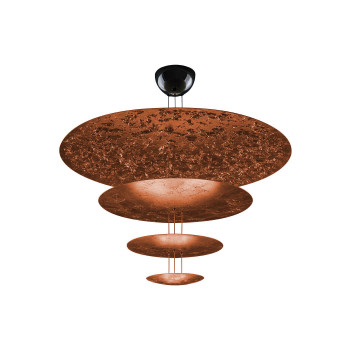 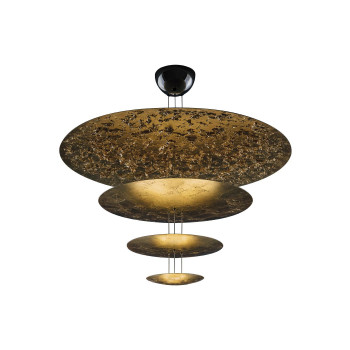 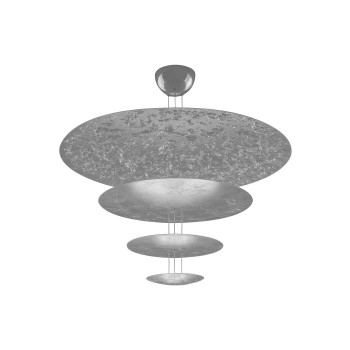 Macchina della Luce - The name light machines which refers to the collection's refined lights and not without reason. They are unique metallic constructions which create a very special light. Because the lamps are concealed, it seems that the reflectors magically shine of their own.

This magical design by Enzo Catellani symbolizes Catellani & Smith's special qualities: a careful manual work combined with a sense for the interaction between light and refined surfaces, for clear shapes and strong emotions.

Macchina della Luce comprises firstly suspensions in a range of versions which as chandeliers not only provide light, but are also a precious room ornament. The simple construction composed of several metallic plates under each other turns out to be a smart construction which maximizes the magical lighting effect and is a transition between modern design and classical opulence.

Each light fixture consists of round, smootly convex metallic plates of various diameters which are suspended together to form a complex and impressive ensemble. Thin metallic rods serve as connecting elements which run vertically between the plates and connect them with the ceiling rose.

The lamps are located on the plates. Their light shines upwards and is reflected by the upward located plates and spread into the room. They are concealed behind the plates and only their light appears, producing the impression that the upper metallic plates shine of their own. The result is a lively and magical effect due to the versions with elegant surfaces in which the Macchina della Luce light fixtures are available. Foil gold, foil silver and foil copper enrich the surfaces and lend them an irregular structure which turns each light fixture into a unique piece.

The chandeliers in the Sistema Macchina della Luce collection are available in a range of sizes and equipped with two, three, four or five metallic plates, arranged at different distances from each others. The different versions have dramatically different characters and lighting effects. In silver the light is no less elegant, yet possesses a colder charm. Some versions have an especially opulent upper plate. Instead of forming a smooth surface, the thin leaves of precious metal hang down loosely and flutter with every air draught, producing a very dynamic impression.

Macchina della Luce's modular construction makes it possible to place the plates at another distance or in another arrangement, as the individual room context requires. On request, special versions are also possible.

Catellani & Smith utilizes the same principle with metallic reflectors and discreetly concealed lamps for the Macchina della Luce Parete wall lamp. It decorates the wall with atmospheric light circles and the precious appearance of the softly convex shades which feature precious metals in some versions and are an outstanding addition to the collection's suspensions, but also produces a great effect when used singly.