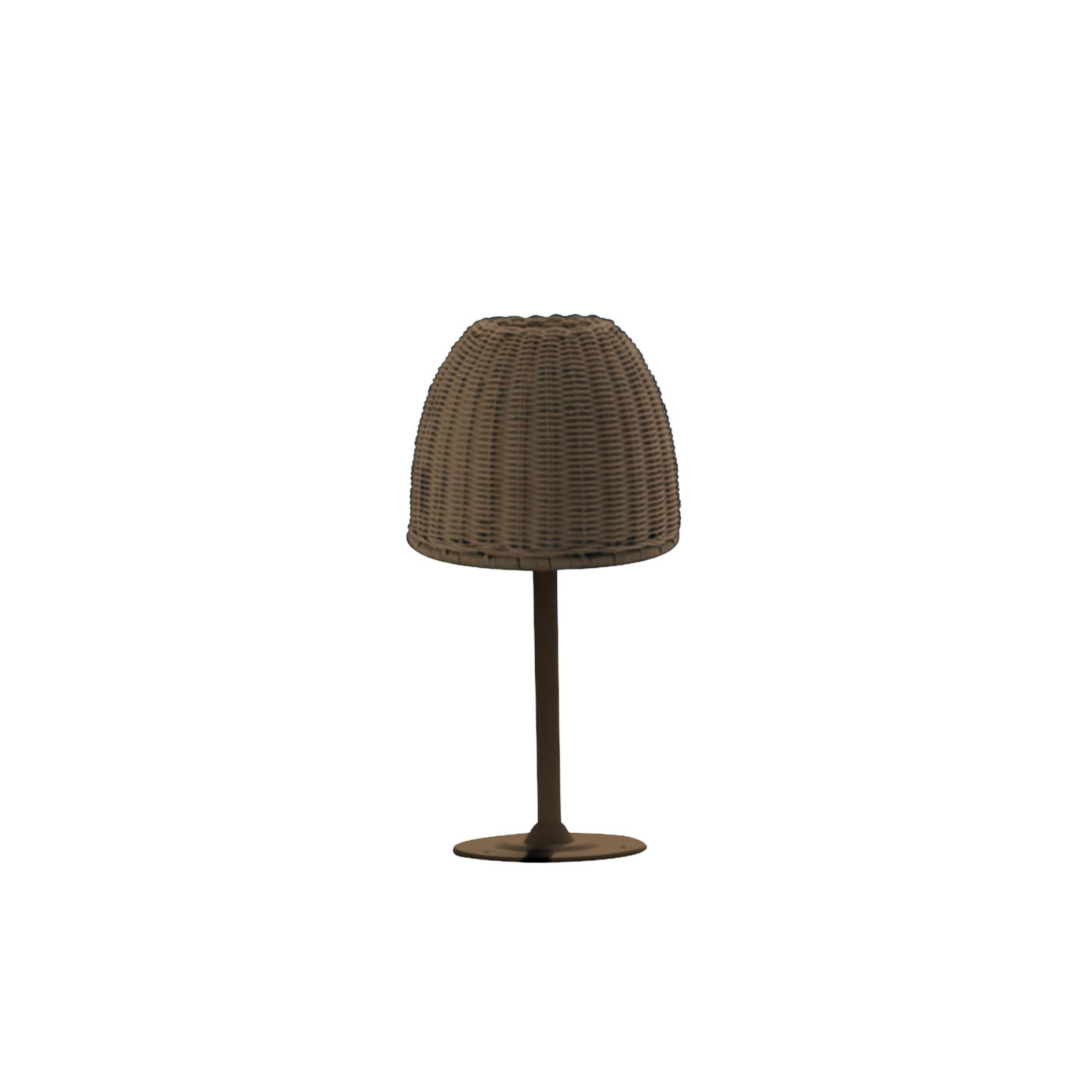 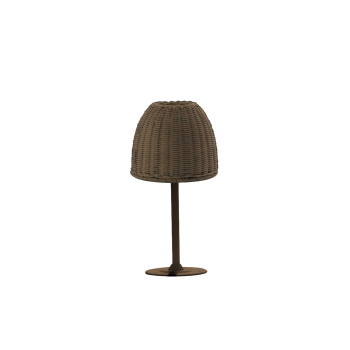 The Atticus bollard with integrated LEDs is dimmable with the phase dimmer. The mounting box is included, the fixing straps are not included in the delivery.

About the Collection Bover Atticus

The Atticus Outdoor LED floor and bollard lights by Bover were designed by company founder Joana Bover in 2017 and stand out due to their trendy basket shades that make up the Mediterranean character of this light collection.

On the straight, slim stainless steel lamp rod sits a shade resembling a classic floor lamp, made of beige or brown synthetic fibers. This weaving of the Atticus looks cozy and rustic at the same time, the light emitted by the integrated LEDs is filtered twice: first through the internal diffuser made of polyethylene and finally through the fine cracks in the basket shade. This creates a light that gives the surroundings a warm, inviting ambience.

The Atticus outdoor floor lamps were designed for decorative lighting in private gardens. The Atticus B/56 and Atticus B/66 outdoor bollards can be installed under trees, between bushes or on the side of a path. They are supplied with a surface-mounted housing for mounting in soft soils such as earth or bark mulch. Atticus bollards are always a good choice for the outside areas of hotel complexes. As a floor lamp, Atticus P/114 is equipped with a waterproof neoprene cable and switch and proves to be a gentle light source on patios. The Atticus P/114/R floor lamp, however, is wireless and has a rechargeable battery.